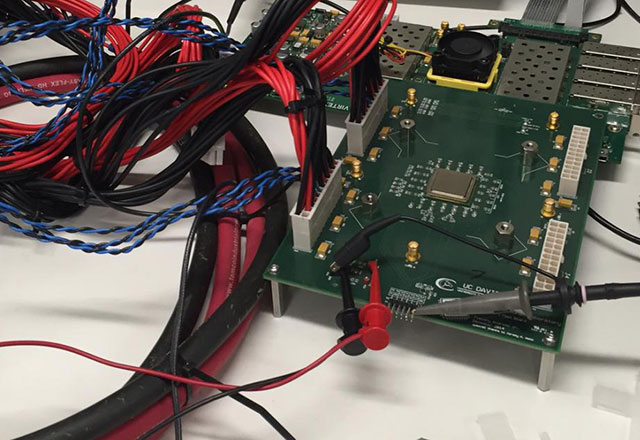 Back in July 2015, Obama put executive orders out for the USA to build the world’s fastest supercomputer by 2025, this order created the National Strategic Computing Initiative. The current fastest supercomputer resides in China and is called Tianhe-2 and is in China’s National Computer Centre, Guangzhou, performs at 33.86 petaflops (PFLOPS – quadrillions of calculations per second), almost twice as fast as the second-quickest machine, which is American. The University of California, Davis, Department of Electrical and Computer Engineering may have taken the US a step closer, having developed what is believed to be the worlds first 1000 processor microchip.

The chip is called  “KiloCore”, is energy efficient, has a maximum computation rate of 1.78 trillion instructions per second and contains 621 million transistors. Each of its processors is independently programmable and each one can share data directly with any other processor on the chip, thus allowing the break up of an application into many small pieces, each of which can run in parallel on different processors, enabling high throughput with lower energy use. The fact each processor can share data directly with each other means that the normal bottleneck of relying on pooled data is circumvented.

The team that developed it believe that KiloCore maybe one of the most energy efficient microchips developed to date. For example, the 1,000 processors can execute 115 billion instructions per second while dissipating only 0.7 Watts, low enough to be powered by a single AA battery. The KiloCore chip executes instructions more than 100 times more efficiently than a modern laptop processor.

The KiloCore’s first use will potentially be wireless coding/decoding, video processing, encryption, and others involving large amounts of parallel data such as scientific data applications and datacenter record processing. It’s creation does offer a path to create a new supercomputer in the future, albeit a small step. One of the biggest issues in completing Obama’s order is that modern supercomputers need to become more energy efficient to become faster. A modern supercomputer’s electricity bill can easily top £60 million pounds. Obama’s vision is for a computer capable of doing one quintillion (a billion billion) calculations per second – a figure which is known as one exaflop. It is a tall order but one that is edging slowly closer, A computer capable of doing exaflop speed calculations would allow more complex modelling such as those needed to understand global warming.