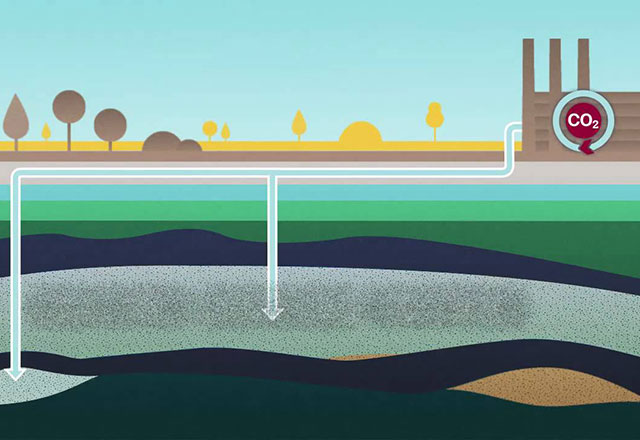 “Capturing carbon dioxide is only part of the problem, how do you store the gas once you trap it?”

The amount of research into global warming and how to reduce the increasing carbon dioxide (CO2) has grown exponentially over the last 15 years. Carbon capture and storage (CCS) is one such growing field. Carbon capture cannot work without a method to safely store the CO2 that is acceptable to the general public, A team in Iceland may have developed a method that safely stores 95% of captured CO2 as environmentally benign carbonate minerals in basaltic rocks and importantly does not allow leaching back into the air. This method is a new form of mineral carbonatization (i.e., the conversion of CO2 to carbonate minerals) via CO2-fluid-rock reactions.

Previously mineral carbonatization has been limited by the reservoirs used to store the CO2 in. Current reservoirs like deep saline aquifers and depleted oil and gas reservoirs are limited by the lack of calcium-, magnesium-, and iron-rich silicate minerals required to form carbonate minerals. The Icelandic team use basaltic rock which is rich in magnesium- and iron-silicates and is highly reactive. The CarbFix project in Iceland injected CO2 into the basaltic rock in the form of a CO2-H2S gas mixture. They pumped 73 tonnes of the mixture in of which 55 tonnes was CO2. They used a novel injection system to ensure that the CO2 being pumped did not degas and escape. The system mixed the CO2-H2S gas with down running water. Once the CO2 becomes soluble it stops being buoyant and reacts with the Ca-Mg-Fe rock. 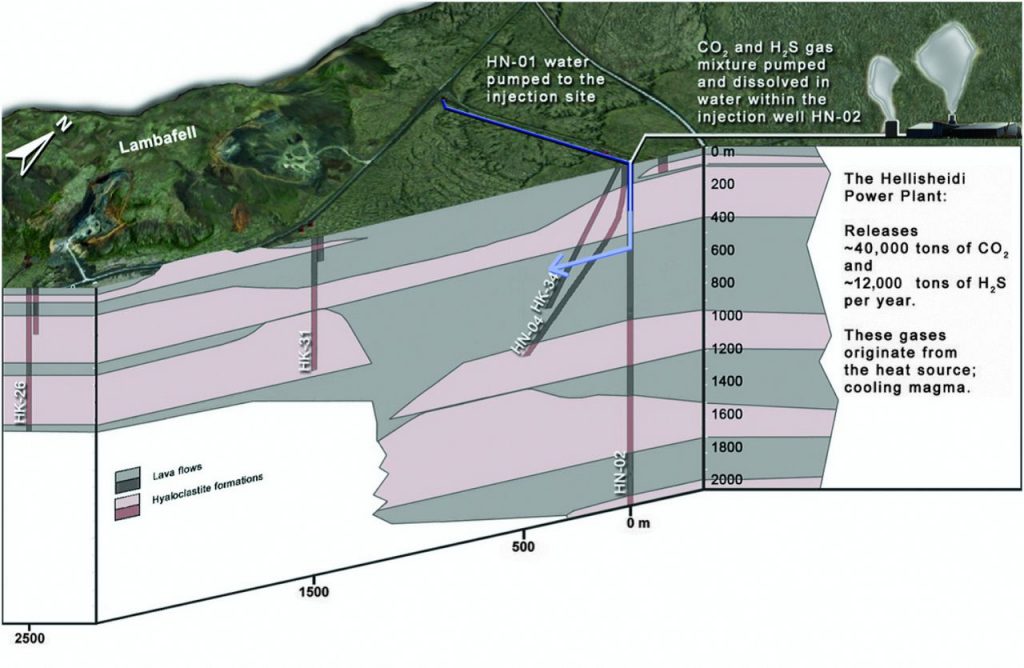 The reservoir used by the team was shallow and located 400m to 800m below the surface 25 km east of Reykjavik near the Hellisheidi geothermal power plant. To discover what had happened to the injected CO2, the team labelled the gas with carbon-14 (14C). They found that over 95% of the CO2 injected into the CarbFix site in Iceland was mineralized to carbonate minerals in less than 2 years. The fact the CO2 had essentially turned to stone means safety concerns of the CO2 escaping had been alleviated.

Turning CO2 into rock isn’t the cheapest method of storing the greenhouse gas and it requires a lot of water. However H2S is abundant in geothermal gases and CO2 rich sour gas, hence allowing a possible method of capture. Current methods of capture are expensive and unlikely to become common place, unless governments subside the processes. This method may provide a solution to decreasing anthropogenic CO2 emissions that addresses the major concerns of escape post storage.