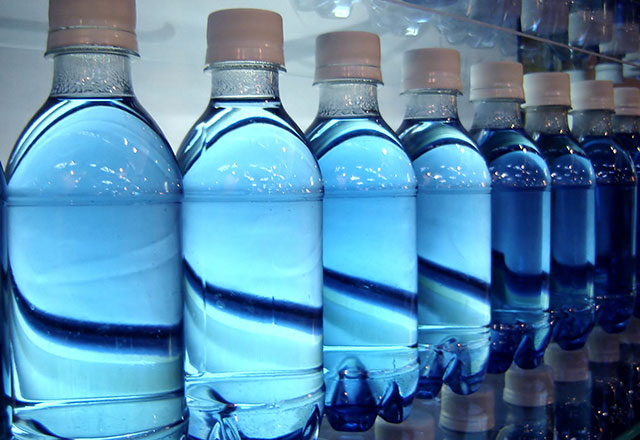 “There is a need for further experiments to determine the threat from PET based bottles.”

The world in 2014 consumed 54 million gallons of bottled water. China is the biggest consumer closely followed by the USA. Over the last decade there has been growing concern about the plastics used to make the bottles and leaching of potentially toxic chemicals into the water or other liquids they contain. Plastic water bottles are made from polyethylene terephthalate (PET). When heated, the material releases the chemicals antimony (Sb) and bisphenol A, commonly called BPA. Studies have suggested BPA is associated with heart problems, diabetes and enzyme dysfunction, though very few human studies exist to demonstrate a link. Antimony is considered a carcinogen by the International Agency for Research on Cancer, part of the World Health Organization.

A new study from the University of Florida conducted in China suggests that how plastic water bottles are stored (especially in the domestic environment) needs to be examined and all brands of plastic water bottles should be tested for leaching of BPA and antimony. Professor Lena Ma and her research team conducted the study in China with 16 brands of plastic water bottles. They kept the bottles at 70 degrees centigrade for 4 weeks (what they termed a worse case scenario). One of the 16 brands at the end of the study demonstrated levels of BPA and antimony that exceeded the US environment protection agency (EPA) standard (400 ng/kg bw/d).

The study showed that both Sb and BPA release increased with storage duration up to 4-week, but their releasing rates decreased with storage time, indicating that Sb and BPA release from PET bottles may become stable under long term storage. Professor Ma said “More attention should be given to other drinks packaged with polyethylene terephthalate plastic, such as milk, coffee and acidic juice,” she said. “We only tested the pure water. If it is acidic juice, the story may be different.”

The world’s consumption of bottled water is increasing. In China where many do not trust their tap water, it is not uncommon to buy bottles in bulk and store them in boot of a car for several weeks. This study highlights the need for further experiments to determine the threat from PET based bottles. The US Food and Drug administration (FDA) do not consider BPA  low levels found in beverage containers as a major threat, it continues to study the chemical’s impacts. It would seem also that what is safe for human consumption (BPA and Sb) needs refining, current standards are based on animal studies. The long term impact these chemicals have on human physiology needs to be determined, especially on the health of children.