Prescribing on your gut? 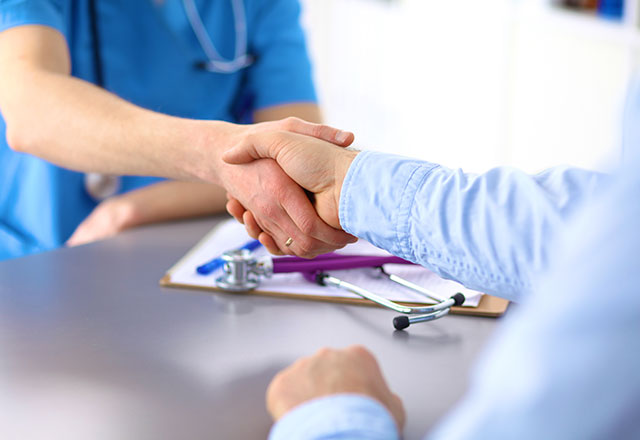 “It is unfair to disregard this association as an aberrant finding”

On June 30th, the UK will wake up to another new world, probably less seismic than the EU referendum result, but one that will cause waves. In a drive for transparency and openness, the association of the British pharmaceutical industry (ABPI) will publish the amounts paid by pharmaceutical companies to individual physicians. The list is eagerly awaited in many quarters, the media have made ready their articles, the inland revenue will be dissecting the amounts and hospital trusts will look to seek that healthcare professionals (HCPs) have disclosed all their associations with the pharmaceutical industry. However whilst the industry supports the initiative, it is difficult to predict how the results will be interpreted, especially as this year HCPs have the option not to have their results posted and be added to an aggregate pile. So whoever tops the list may not be the highest paid by the industry. It is also fair to summarize that the general public have not been educated on the regulated scenarios that HCPs interact with pharmaceutical companies and receive compensation for their time, they will just ‘see’ a transaction between a doctor and a drug company. One individual is rumored to be writing his next book based on the results.

Whilst the transfer of value initiative from the ABPI is new to the UK, in many other European countries and the USA (the ‘sunshine’ act), transparency of payments has been introduced. The data published to date has allowed analysis and associations to be demonstrated. One such study by a team of authors in Calfornia, published in JAMA, suggests that there is an association between receiving pharmaceutical sponsored meals and the prescribing of the branded drug being promoted.

The team looked at prescribers of 4 key drug classes: statins, cardioselective β-blockers, angiotensin-converting enzyme inhibitors and angiotensin-receptor blockers (ACE inhibitors and ARBs), and selective serotonin and serotonin-norepinephrine re-uptake inhibitors (SSRIs and SNRIs) over a 5 month period in 2013. They compared their prescribing habits against data for each HCP in the federal Open Payments Program, which holds information on amounts received from pharmaceutical companies for various activities. The team identified physicians who received industry-sponsored meals promoting the most-prescribed brand-name drug in each class mentioned above (rosuvastatin, nebivolol, olmesartan, and desvenlafaxine, respectively).

A total of 279 669 physicians identified in the analysis received 63 524 payments associated with the 4 target drugs. Ninety-five percent of payments were meals, with a mean value of less than $20. Rosuvastatin represented 8.8% of statin prescriptions; nebivolol represented 3.3% of cardioselective β-blocker prescriptions; olmesartan represented 1.6% of ACE inhibitor and ARB prescriptions; and desvenlafaxine represented 0.6% of SSRI and SNRI prescriptions. Physicians who received a single meal promoting the drug of interest had higher rates of prescribing rosuvastatin over other statins, nebivolol over other β-blockers, olmesartan over other ACE inhibitors and ARBs, and desvenlafaxine over other SSRIs and SNRIs. Receipt of additional meals and receipt of meals costing more than $20 were associated with higher relative prescribing rates.

The results only demonstrate an association and not a causality, something the authors are keen to point out. The fact that the team looked at a 5 month period for receiving payments and compared that with a years worth of prescribing does introduce other variables into the mix. In that time period other influences of prescribing like journal articles, guidance from professional bodies and scientific conferences may have occurred. It should be remembered that even over a pharmaceutical meal exchange of scientific information does occur and this exchange is governed by regulatory rules to ensure balance and relevance.

It is unfair to disregard this association as an aberrant finding, it is not. With more countries publishing transparency data further analyses may elucidate the nature of the relationship between HCPs and the pharmaceutical industry. However the medical and media community does need to first understand the industry better and the nature of these interactions, especially the rules governing them and not start from a position of suspicion. The pharmaceutical industry in turn needs to maintain the high standards expected of it and seek to improve a tarnished image.